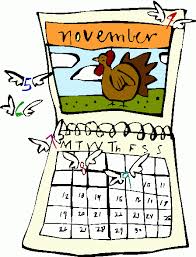 November has been kind to me, even after I went around publicly bad-mouthing it (I’ve pledged myself eternally to October), and given the season, I feel the need to say thank-you, to the editors, fellow writers, family and friends who indulge me in this creative endeavor. This month, I had fiction published in The Rumpus, which has been high on my list of places I would give my left arm to get into (it’s okay, I’m right-handed). The very same week, I had a humor piece published in The Awl, and a couple agents and a couple indie publishers both requested a look at my first novel. (I’m currently working on a second.)

I hear the word “luck” a lot in reference to the publishing biz, mostly by people who are not involved in it or are still newbies. I’ve been around publishing too long (and have the rejection letter stack to prove it) that I don’t believe much in luck. I believe in working hard to constantly improve your game + meeting up with opportunity = something that looks like luck. When I was starting out, I’d think, oh, all those writers in those big magazines must know somebody. They’ve got an “in” that little old me, in the middle of rural America, with no contacts in NYC doesn’t have. The hard truth is, years ago, I wasn’t getting in because my work wasn’t good enough. But, I just kept writing, because, newsflash, I enjoy it! Seems obvious, but there are many people writing with hopes only to get published, and when they realize how hard that is, they quit. (In the case of The Rumpus story, I’d already gathered 30+ rejections on it over several years, but I kept learning from those and rewriting the story.)

Now I’m not completely naïve. I know there are ways to get attention that are based entirely on relationships. If a writer has a relative in publishing or has an MFA prof who recommends her to an agent, for example, then sure, she might get her work looked at more quickly. But the fact is, once you get invited to the dinner, once you’re in the door wearing a vest with an appliqued turkey on it, you better have a seriously good squash casserole if you want to be invited back.

As my publications get more frequent and higher up the perceived chain (meaning the amount of literary cachet that the particular journal or magazine has, not necessarily the number of readers), I’m thankful I’ve been given some great new writing mojo. It feels like I may have finally left the kids’ table, you know the folding table with the wobbly leg out in the hallway? I’d been there coloring on the paper tablecloth with a crayon for a while. But now I feel like I’ve moved into the dining room and taken a seat with some of the writers I’ve admired for a long time. Now, sure, it’s a verrry long table, and I’m way at the end where I can’t really hear anything. And those yummy crescent rolls will all be gone by the time the basket gets down here. And writers who are much more established than me will make me wash the dishes, by hand, because, Grandma’s china. But, I am so thankful for the chair! This kind of feeling allows me to take even more chances, writing anything I want to, when I want to, without worrying about what will happen to it, whether it will get published, who it’s going to piss off. The pieces
I published this month were written with one audience in mind, me, and I wrote them because I enjoyed it. I think at the kids’ table, I was scared of interrupting the grown-ups, of committing some social faux pas. I didn’t want
to reveal any of the inappropriate things that I really wanted to write about. The irony is, when a writer just throws all her passion into a project, no matter what it is, that passion finds its way through to readers, and they connect with it, whereas lifeless prose (lifeless because it’s the safe choice, because the writer thinks it’s what she should be writing, not what she wants to write) just can’t connect in that same way.

It’s a little early for resolutions, so let me say my Thanksgiving Motto is: Screw It. What’s the worst thing that can happen if I keep writing any crazy thing that comes to mind? An editor won’t like it? She’ll say No?” Been there. Still here, writing. So, Screw It. And Pass the Potatoes. Please. This kind of recklessness might just lead to even more, and better things. I just might publish that first novel. I just might finish the new one. Hell, I just might drink milk that expired yesterday! But I’m going to write, and I’m going to be ever thankful to the community of writers, past, present and future, who have provided the opportunities, to match up with the preparation, to equal my luck. Someday, maybe I’ll move to the head of the table and carve that Tofurkey myself.